Every software executive throughout the hallowed history of computing has had this brilliant thought: If my product is making $X on Platform A, let's toss it on Platforms B, C, and D and make four times $X! 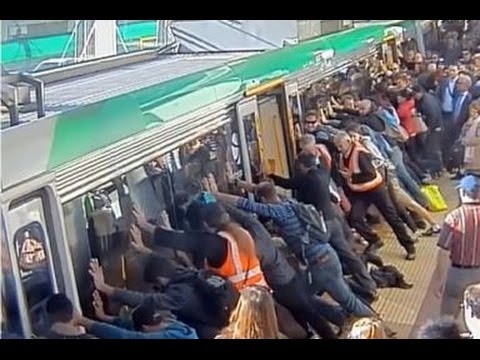 Freeing a Poor Guy Pinned Between Train and Platform

In fact, that's one of the great things about software. The logic that allows interactive content to work well on one system can almost always be ported to a different system that has a similar processor, input device, and video screen.

That said, when it comes to mobile, all modern tablets have basically the same form factor ... and so do all smartphones. A game that performs well on the iTunes app store will almost always do well on Google Play, too. Yes, there's Android vs. iOS nuance regarding marketing methods, tolerance for ads, in-app purchases vs. premium pricing, and leader board integrations. But those details aside, it's safe to proclaim...

it's a no-brainer that rolling out your game on all major mobile platforms will increase your audience size and revenue.

In fact, when a game has connectivity and is social, there are even more benefits to having it be cross-platform. It means that groups of friends can play the game together, no matter whether their platform of choice is Facebook, iOS, or Android.

To meet this clear need, there are dozens of amazing game frameworks available that not only make it easy to deal with complex sprite, audio, or physics issues -- but also enable writing once and running anywhere. And many of them work!

It's like magic. Push a button and the same game will scale itself and execute perfectly on Android, iOS, and sometimes even PCs and consoles.

But beware! I've seen the wrong choice of cross-platform frameworks delay or cripple otherwise great games and even, at times, decapitate entire companies.

That's why when our agency sets out to work on a new game, the very first thing we discuss with a client is which technology to use.

Here are some criteria that aren't often thought about until it's too late:

That's why we advise our clients to ship first on one lead platform, even for an eventual cross-platform game.

All that is why many of the top mobile games in the world (Candy Crush Saga, Words with Friends, Clash of Clans) opted to first create a native iOS version and then -- sometimes years later -- do a quality port via a dedicated Android team, once the initial game proved successful.

To help you make a more informed decision, we've put together a detailed matrix of popular mobile game frameworks and how they stand up to this sort of scrutiny.

Note: These frameworks are focused on 2D, mobile games. 3D frameworks such as UnReal Engine, CryEngine, or Vision Engine are not included.

We hope you find it helpful!

Effortlessly leaping from platform to platform can definitely feel magical... but don't let the dazzle distract you from what really matters: Creating a mega-hit game -- tough enough to do on even one platform.